Pietrina Checcacci studied at the National School of Fine Arts (ENBA) in Rio de Janeiro, attached to the Museum that bears the same name. He had like professors artists like Zaluar, Campofiorito, Adir Botelho, Henrique Cavalleiro, among others. She was also contemporary and friend of Roberto Magalhães, Ligia Pape, Anna Maria Maiolino, Rubens Gerchman, Carlos Vergara, Antonio Dias, Antonio Maia and Ivan Freitas. Even in the face of so much diversity related to the vanguard, Pietrina did not follow an art school or specific fashions. The human being from the beginning was his parameter, a trademark in all his works: a “pop” style in an extremely authorial way.

Always consistent with his time, he expressed his work in painting, drawing, sculpture, serigraphy and design. Also available in multiplus, that is, in several possible formats, making the access more democratic. Freedom and creative independence have opened many paths (see phases), maintaining its unique and original focus, which is recognized by its fidelity to themes: MAN / EARTH / UNIVERSE – LIFE / DEATH. A personal and particular style.

She attended the National School of Fine Arts, being awarded twice with a gold medal. Participating in international and collective exhibitions in Brazil, Italy, Portugal, Spain, the United States and Latin American countries and exhibiting individually since 1961, Pietrina won important prizes. Amongst the numerous solo exhibitions are the Documenta and Skultura Galerias de Arte Galleries, in São Paulo, AM Niemeyer, Galeria Gravura Brasileira, National Museum of Fine Arts in Rio de Janeiro, the main museums and galleries of the Brazilian capitals. His works are in the collections of museums and galleries of art of Brazil and integrate important national and international collections.

Among the main awards he received, the “Foreign Travel Prize” of the National Salon of Modern Art (1974) stands out; the inclusion in the “Highlights of Brazilian Painting of the 1970s” by the Museum of Modern Art of Rio de Janeiro (1980) and the “Premio São Gabriel” (1977) and “Rosa de Prata” (1982) in Italy.

of the decade 1970 / 80 – Rio de Janeiro.
– Selection and Acquisition of Painting at the Museum of Modern Art Saloon of outstanding Painting

at the festivities of the VI Century of St. Rita Cassis’s Birth – Italy elected theWorld`s
– Best Stamp of Religious theme issued in the last two years ( 1980/81).
– Prize The Silver Rose on occasion of The International Meeting of the St.Gabriel Association

Pietrina concludes her studies at the National School of Fine Arts in Rio de Janeiro. During the early 70s, “women” was the main theme: their femininity and poetry, shown through a somewhat “Kitschy” approach, a new sentimental and tacky aesthetics. In parallel, drawings and watercolors of nudes, including bodies and couples between silky cloths and colorful sheets. The 90s arrived with translucent sculptures in polyester: the “Singular Feminine”, with the “hot stamping” printing technique and dry relief. The theme “Roses X Universe” depicted carnal flowers of sensuality, including metal sculptures with soft fabrics and velvets. In 2003, the sculptures – in a reinterpretation of her earlier works from the 80s –incorporated paintings of cloudy skies and terrestrial views of space. 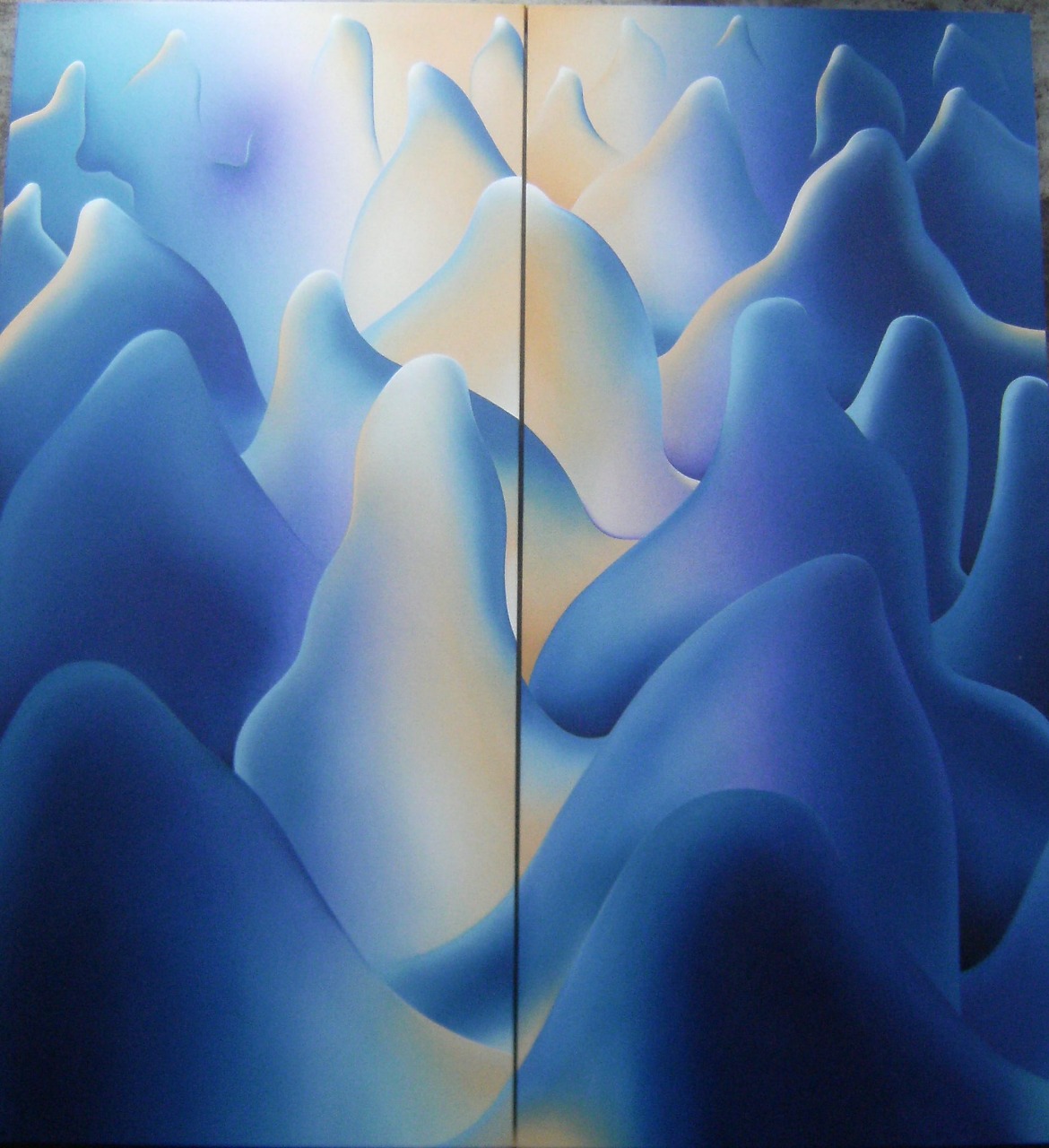 Tattoos began to decorate bodies tied in ropes and diluted in abstractions. The body is a planet, it is a map, it is a landscape, it is a mountain, it is a universe. Pietrina Checcacci in her interior laboratory of creation, one of the most fruitful and instigating of contemporary art, has traveled this magic trail. His painting is often remembered by the “fingers”, anatomical elements that […]

By: Roberto Pontual 1978 THE BODY IS THE EARTH … the body is or wants to be the earth. And the earth is also house, shelter, dwelling. Although the approximations do not mean what the earth and the body have on common ground – fertility. (The artist in her own body is experiencing it right […]

THE SEAMLESS PIETRINE TUNIC CHECCACCI In the successive series of paintings, serigraphs, sculptures or multiples of Pietrina Checcacci we are confronted with the beautiful alliance between technical mastery and the art of loving, something bordering on what Carlos Drummond de Andrade knew, and with underlying irony, in the poem ” “. Sensual passion that in […]

By: Roberto Pontual 1972 BODY, BEGINNING, ANCIENT EARTH Plan like a course of plain: the body is lying down, female. Female is this extensive air calm and call in (sleep on flowers, aquatic travel sphere between the world and memory, cloud ship between the face and the wall and the dream). Winding gaze that came […]

THE LIVING WAY OF REPORTING Robert Pontual – 1970 The work of art imposes its specific way of launching denunciation and in this it is justified. It is thus risky, inaccurate, and sterilizing to claim that such a function – the widest of its presence – is established by the parameters of other human activities, […]

Pietrina Checcacci: Rationality and Eros Jacob Klintowitz 11/20/1981 Pietrina Checcacci’s painting reaches the maturity of her proposal and she can now present us, with subtlety and coherence, her theme and her iconography (Applied Art Gallery, São Paulo). The subject of Pietrina Checcacci is the human body and the possibilities of visions of its parts, its […]

Professor of the University of Brazil of Fine Arts, art critic of the newspaper “O Jornal” in Rio de Janeiro. Member of the “jury” of numerous art exhibitions. 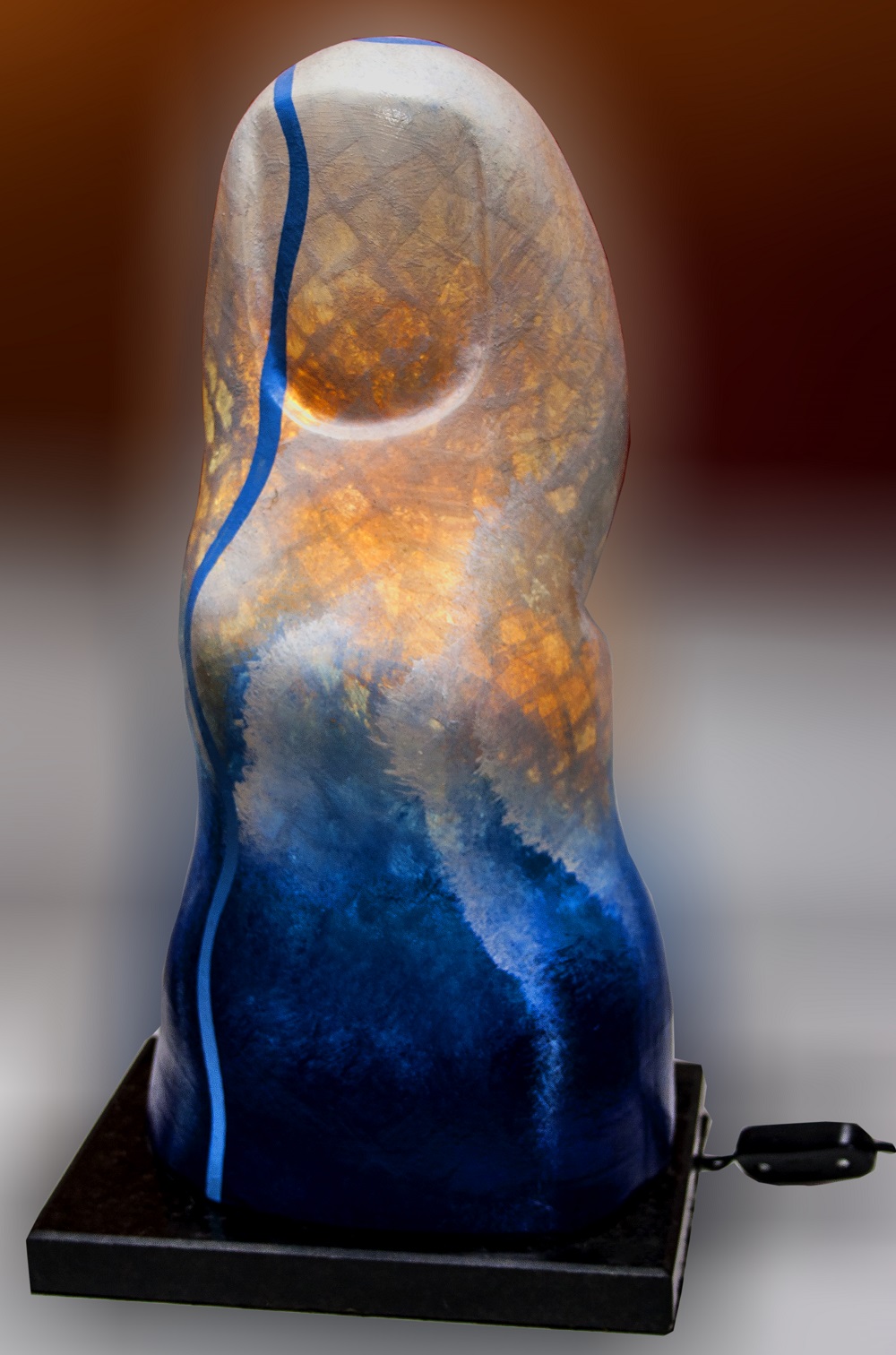 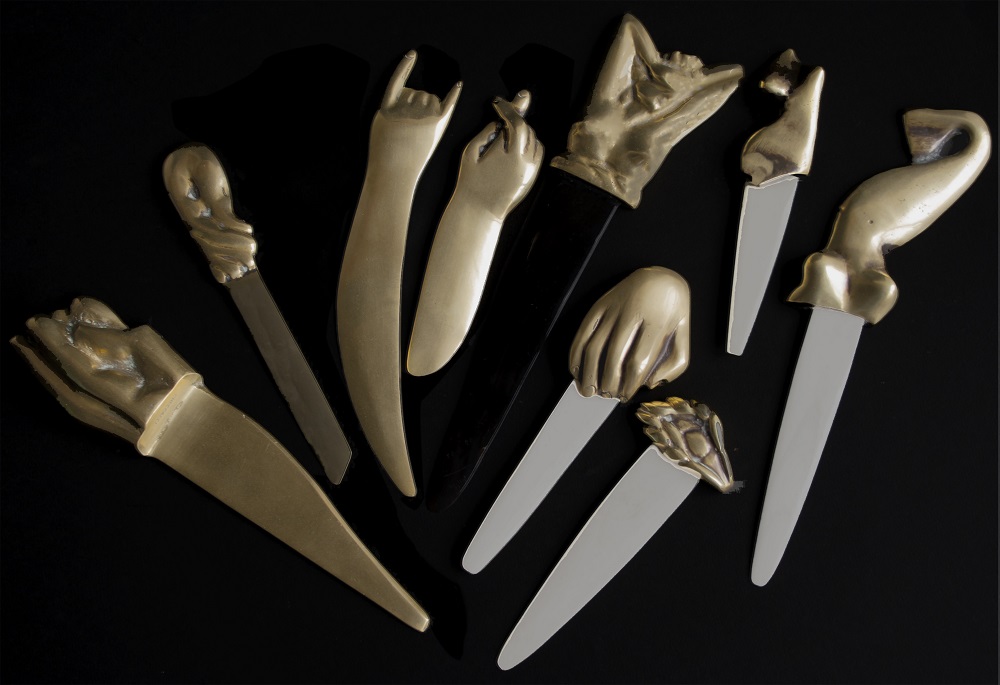 Dolce vita A e B bronzes What difference does it make if after me there will be earth, time, universe if I will not be here to know. A thousand years, a million, eternity but the second that has passed is infinitely far from what is to come if it can not testify. What a difference it makes to thrill, to cry, or to cheer up if none of this persists. In indifference and nothingness everything will inevitably end as if it had never existed..

If you have in your possession a work that could be by Pietrina Checcacci, photograph it and attach it in the e-mail artepietrina@gmail.com. It will be returned with proof of authenticity of the work, after analysis.